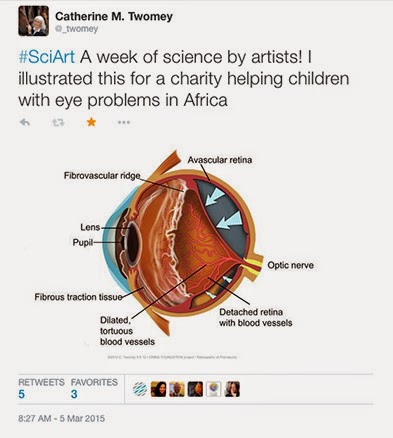 Although I don't create medical illustrations as much as I once did, this week my work has been featured by Scientific America on their blog:

@Symbiartic
Symbiartic - the Scientific American science+art blog.
This week only, a #SciArt TweetStorm is ongoing. As a scientific illustrator you are invited to tweet 3 pieces of your art every day. Thousands upon thousands of images have been tweeted; this image has been favored by #SciArt.
What an honor! I posted work I completed for a charity, Orbis, who works with children with common eye problems in South Africa.
Posted by Catherine Twomey at 2:18 PM